General Stanley McChrystal, who thrives on one meal per day.

Former defense secretary, Robert Gates on Stanley McChrystal “Perhaps the finest warrior and leader of men in combat I have ever met”

Stan rewards himself with a large dinner at night, an example of interim fasting

Why one meal a day?

I was a lieutenant in special forces. I was becoming fat so I started running, but my personality was not good at eating several small discipline meals, I’m better at delaying gratification and rewarding myself with dinner at night.

When do you eat?

Do you drink coffee earlier in the day? How do you prevent yourself from fading?

There are certain days your body says eat and eat right now. I keep a box of hard pretzels around and eat some on days like that, but I like to stick to the idea of one meal a night.

Do you work out everyday?

What type of exercise and why?

When I was younger, loosening up exercises and running. 15 miles a day, 7 days a week. I got older and had a series of shoulder and back surgeries, then I learned to alternate. Lift weights or bike on days I don’t run.

I start at home doing 4 sets of pushups alternating with a series of ab exercises: sit ups, yoga, crunch-like crossover, crossover sit ups and flutter kicks, with planks in between, taking about 45 minutes.

Then I go to the gym and do 4 sets of pullups alternating with incline bench press and standing curls, with one-legged balance exercises in between, taking 30-35 minutes.

Why is exercise important to you, both when you were over seas and at home?

Several reasons, theres a certain self image I like to keep up otherwise my self esteem suffers. Secondly in the military, theres an expectation to be fit. If you’re not a physical leader, if you cant do certain physical things, your status in the organization goes down. It also puts a discipline in the day. If the day is terrible but i worked out, at the end of the day at least I can say I had a good workout.

Tony Robbins believes that in a lower emotional state we tend to only see the problems and not the solutions. He practices something called state-priming.

Wim Hof – dutch world record holder who climbed past death zone altitude on Everest wearing nothing but shorts, completed a full marathon above polar circle in Finland in temperatures close to -4F, holds Guiness world record for longest ice bath 1 hour 53 min 12 seconds. Refered to as the Ice Man for his ability to withstand extreme cold.

Warning: never ever do breathing exercises in the water or before training in water, shallow water blackouts are common and can be fatal.

What was the 1st world record that you set?

It was in Paris staying half an hour immersed in ice, 12 days later in Hollywood I made it an hour.

What has been the most challenging cold exposure experience that you’ve had?

Losing my sight while swimming underneath an ice deck of almost 1 meter, and I had no goggles on. Another one was losing my way on Mt Everest in shorts at 80,000 ft during a blizzard.

Did you panic? What was the mental self talk?

The stress level at that moment is absent, I’m just dealing with the situation. It has been shown at the university, that our stress hormone levels are able to be raised lying in bed more than somebody in fear for the first time doing a bungee jump. I learned how to consciously control stress hormone levels to deal with that situation in that moment, without panicking.

Was it in 2011 that you were injected with some type of virus or bacteria to see if you could control the immune response?

In Holland I underwent an experiment at a university. They injected me with a toxin, that creates a very dramatic immune response. As we have no control over the immune response, they thought I would not be able to do it as well as expected, because nobody showed to be able to suppress the automatic nervous system.

I showed that I was very able within a quarter of an hour, instead of suffering from uncontrolled fever, headaches, I gained complete control over the symptoms and the blood results showed suppressd inflammatory.

They told me okay, but you are an exception that confirms the rule. Nobody is able to do that without proper training of so many years. I told them I can train them within 10 days.

If a group would be able to show within 10 days to control immune system, it’d be the first time in scientific history. It was only 4 days of training that I made them able to undergo the same experiment and have them within a quarter of an hour in complete control over their immune system. They showed a 100% score of everybody able to tap into the autonomic nervous sytem.

What did the first part of training look like for them?

At 8am without food, we did breathing, lying on the ground, in the most relaxed pose.

If youre relaxed you’re able to store up more oxygen than when in tension.

I had them breathe in deeply then let go, making it a rhythm. Not fully breathing out, only fully in. Reapted 30-40 times, until indications of lightheadedness, feeling loose in the body, and  tingling. As carbon dioxide goes out, oxygen is roaming freely and pH levels rise.

Dominic D’Agostino is an assistant professor in the dept of Molecular Pharmacology and Physiology at the University of South Florida.

What is ketosis? And what are ketones?

Fasting is the quickest way to enter ketosis. If we’re on a normal diet and we stop eating, we will mobilize and use up our stored glycogen. Our central nervous system demands that we have a steady fuel supply to our brain. In the absence of glucose availability, we will be depleting our liver glycogen, insulin levels will be suppressed and we’ll start mobilizing fatty acids for fuel. Fatty acids don’t cross the blood-brain barrier efficiently. The liver, while you’re suppressing insulin, up regulates oxidation of fatty acids. Accumulation of products from fatty acid oxidation will start forming ketone bodies. As we fast, within about 24-48hrs, we’ll start registering ketones to the level that is clinically defined as being in ketosis.

The ketogenic diet has a macronutrient ratio that mimicks the metabolic physiology that you have when you’re fasting. If you take a blood sample of someone on a strict ketogenic diet, it will look like they’ve been fasting for a few days. That changes your physiology incredibly, your metabolic physiology changes acutely, long term genetic changes, can activate genes that play a role in enhancing cellular defense mechanisms.

What was the study that you did on advanced lifters as related to ketosis?

It’s under review right now. The synposis of it is we had 12 subjects, advanced resistence trained individuals. We did a parrallel. The control group was on a western diet: moderate protein, higher in carbs, moderate fat. The ketogenic diet had roughly 75-80% fat, restricted carbs to 20-25g per day and fat was supplemented to some extent with mct oil/coconut oil. All subjects had to be on the diet for 2 weeks and had to confirm ketone levels by blood and urine. We only did a 2 week adaptation. After that, they trained in a lab. Everything was recorded, the volume was controlled, blood work was done. The results were that strength and performance were maintained and increased, and muscle hypertrophy was seen with the ketogenic diet. Similar increase in power, and overall body composition was more favorable in ketogenic diet. Increase in body mass, loss of fat.

Is it possible to get very big and powerful on a ketogenic diet?

When you calorie restrict a mammal you will increase insulin sensitivity. Exercise itself enhances insulin sensitivity. Advanced lifters may have a different response than a 15 year old kid trying to bulk up for football. The kid probably wouldn’t be a good candidate for the ketogenic diet, you may compromise development and strength. But as we get older we lose our ability to process carbs. If you’re trying to preserve or increase your performance or strength, ketogenic diet is good. But it’s not the ideal diet for growth and repair, Modified Atkins would be a better choice, as it’s higher in protein.

Sign up for a short email every Friday from Tim at http://www.fourhourworkweek.com 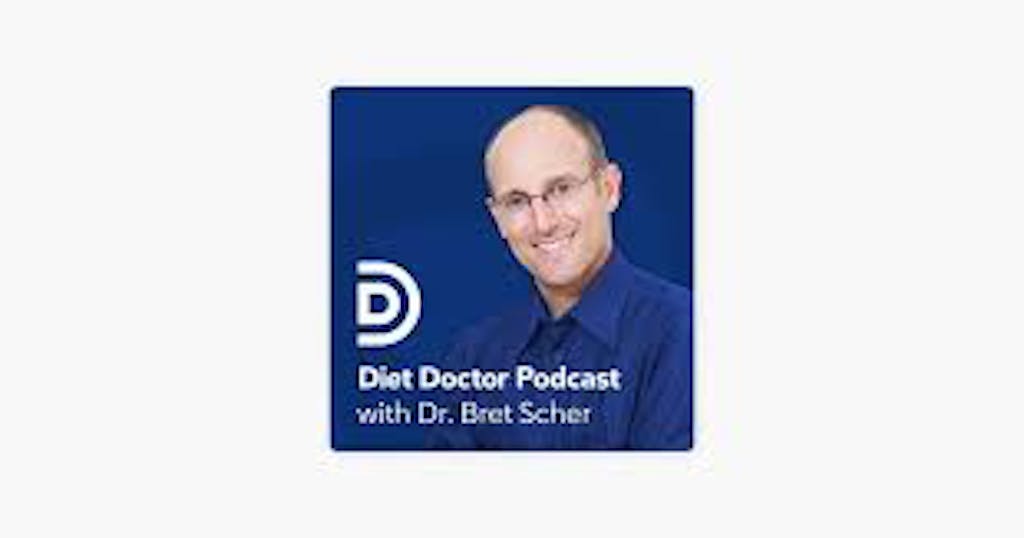 Dr. Bret Scher sits down with Dr. Dom D'Agostino to have a brief chat about how ketones support neurological... 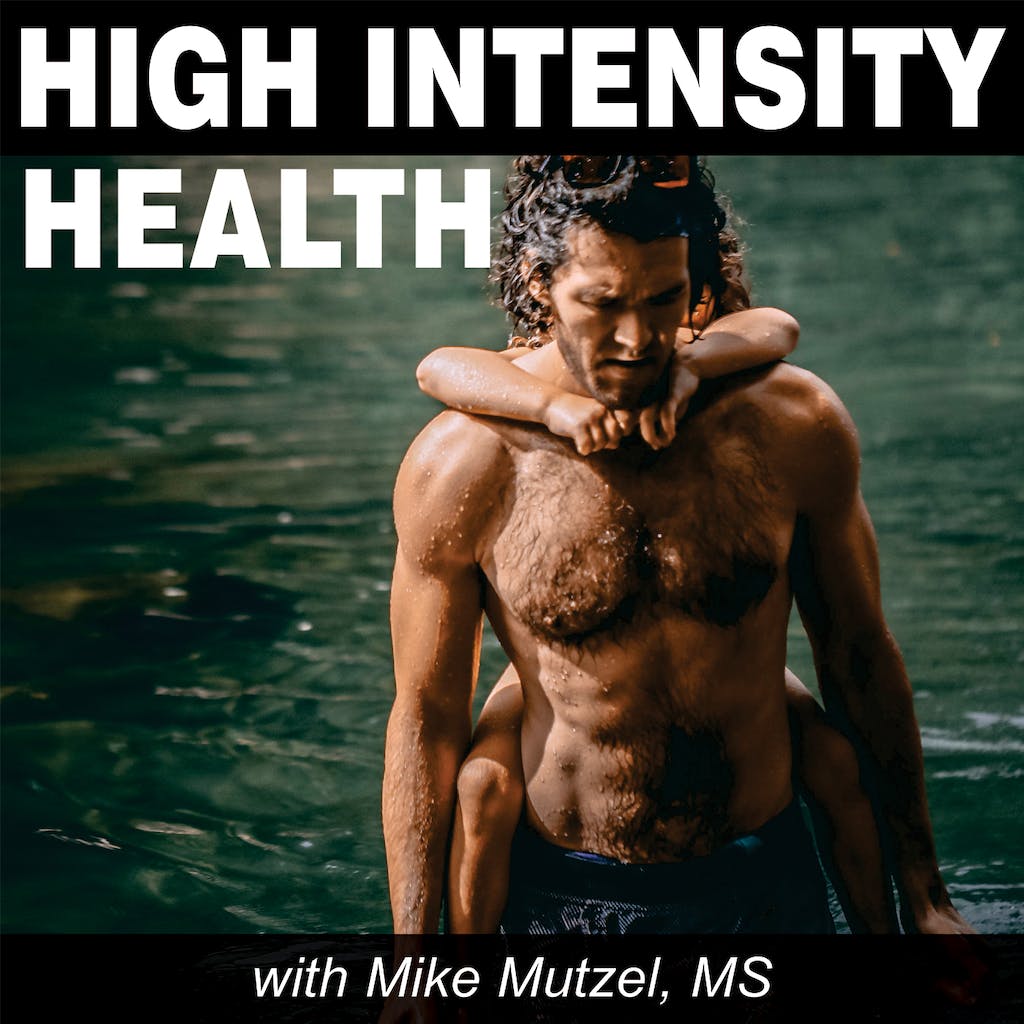