This is something new from us at Podcast Notes. We hope you like it.

We are a distracted culture.

If you go out to a coffee shop today and happen to be caught waiting in line, take a look around. What you’re likely to see is almost every single person staring blankly at their phone. It’s become so commonplace; we stare at our phones before bed, immediately upon waking, while we eat, while using the bathroom, while walking, while driving… you get the point. We’re becoming so distracted that we can’t even watch TV without scrolling Twitter or Instagram. Fun fact: when TVs they first came out, they were warned to be too OVER-stimulating; now we aren’t stimulated enough, so we turn to our iPhones.

We’re constantly multitasking/distracted, whether it be with our devices or while on the internet, always searching for new hits of information – information that serves as tiny spikes to dopamine levels in the brain. When Twitter starts to bore us, we switch to endlessly scrolling Facebook. When we get bored of one web site, we switch tabs and open another.

We ALL need a dopamine fast.

We’re living in an age of obsessive multitasking and connection to our devices. This level of distraction limits our capacity for focus and deep thought. As a result, we never get past the superficial. This is an opportunity for those that can find strategies to limit their own distraction. The bar for focus is now so low, it’s become easier to differentiate yourself from the pack (both professionally and personally).

Here are some suggestions for things that I’ve experimented with lately, that have helped limit multitasking and create some space between myself and my phone.

1. Turn your phone into grayscale mode.

When I first heard about this, it really intrigued me. Why would anyone do this? I decided to give it a try, and low and behold…it really makes your phone a whole lot less interesting, and it makes sense why. How often do you open your phone to send a text, see the blue Twitter icon, and without even thinking, decide to click it. Now your scrolling Twitter, and when you’re done, you head back to the home screen and see the bright yellow Snapchat icon and are drawn to click that as well. Before you know it, you’ve wasted 15 minutes using social media. Turning your phone into grayscale mode actually gears you to use your phone in the most basic way possible, for calling and texting only. Instead of being drawn into this colorful phone world, it bores us, so were more enticed to lift our heads and experience the colorful real world instead.

This method isn’t in line with dopamine fasting per se; think of it more like dopamine caloric restriction.

2. Keep your phone on do not disturb.

This is something I have done for quite some time. We live in a world of excessive notifications. Our phone notifies us when we get a text, when we get an email, when we’re mentioned on Facebook, when we get a new Snapchat… it never ends. It’s like Chinese water torture. Every time we stop what we’re doing to check our phone, there is what I’ll refer to as a “return cost” associated with doing so. For example, if I stopped to check a text while writing this post, it would only take around 10 seconds, but it would probably take 10 times longer than that to regain my thought process, and get back on track with what I was doing. Our ancient brains were never meant to be constantly drawn away from current tasks to check incoming notifications; it’s draining.

Same thing goes for email. After starting a 9-5 job a few months ago, it boggles my mind how many people allow all Microsoft Outlook notifications. How are you supposed to get anything done if every time you get an email, a giant desktop alert window pops up. The same goes for the yellow envelope that pops up over the Outlook icon in the taskbar. It’s almost impossible not to click. We just don’t have enough will power. And when we open the email, it might only take 3-5 minutes to read and respond, but the return cost is much, much higher. After you send the response, you’ll be thinking about the content of the original email, what you said or shouldn’t have said, etc. All of these raise the return cost to upwards of 10-15 minutes until you’re able to get back on task with what you were doing before opening the email.

To turn these notifications off in Outlook: File – Options – Mail – Under Message Arrival – Uncheck “Display a Desktop Alert” and “Show an envelope in the taskbar”

Again, this is probably more in line with dopamine restriction, more so than dopamine fasting, but it’s certainly something we could all use.

3. Don’t sleep with your phone next to your bed or use it as an alarm clock

If possible, try to make the last hour of the night phone/screen-free to help yourself wind down and disconnect. When it comes time for bed, put the phone away—think of this as the start of your dopamine intermittent fast.

4. Stop checking your phone first thing in the morning

Continuing the analogy, think of this as the continuation of your dopamine intermittent fast.

When you start the day by checking your texts, or scrolling through your Facebook feed, you’ree starting the day by reacting. Reacting can take many forms – responding to an email in a negative tone, seeing a tweet and then having some sort of emotional response, or becoming angry after reading a text. When you do start your day by doing one of the above, you’re letting other people control your emotions and dictate your actions. You’re working on their clock, not your own. Develop a morning routine, and start your day in control.

5. Go without social media one day a week.

In other words, a weekly dopamine fast.

This is pretty self-explanatory, but it’s sure to make you realize how addicted you are to that little blue Twitter icon. You’ll be amazed at how ingrained of a habit it is to reach for your phone during uncomfortable social situations so you can scroll social media. Each and every day, we avoid deep thought or boredom by turning to our devices. How about talking to the stranger in line next to you instead? I admit, this was the toughest step for me, but give it a try, just one day a week. Things like Uber and Google Maps are okay to use.

6. Stop carrying your phone around in your pocket.

When we do this, we’re more prone to absentmindedly checking it. We reach for our phone, because it’s so easily available. Instead, store it in a backpack or somewhere else out of reach.

Back to dopamine restriction: when you’re less prone to check your phone, you spike your dopamine levels less over the course of the day. Not as valuable as a dopamine fast, but beneficial, none the less.

Side note – for men, there’s actually a lot of research relating to carrying a phone close to your genital area, and extremely lowered sperm counts. So if you ever plan on having kids, keep it someplace else.

There’s no reason to have them. It can wait until later when you’re on a laptop. In a crisis, you can always go to their websites from your phone, but adding a level of friction will limit you from doing so mindlessly.

Twitter, when used correctly, can be a valuable learning tool. Curate who you follow carefully, and you’ll open up a window to the thought patterns of many brilliant people.

If you want to explore well made Twitter lists I highly recommend a little known tool: Twubbler.com. It will generate custom Twitter lists of anyone you know/respect on twitter. No better way to learn than the see the Twitterverse through the eyes of @naval or @elonmusk.

Nothing is a better excuse for opening your phone than to check the time. Get any watch, fancy or cheap, and remove the incentive. 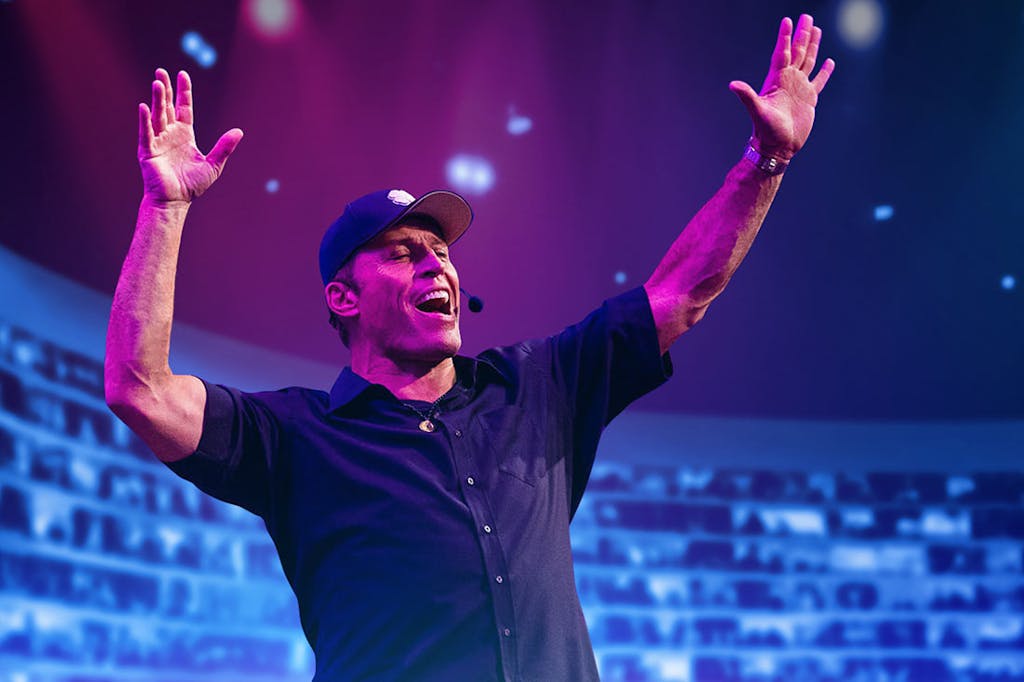 Tom & Tony discuss how progress is the antidote to weak culture, what fulfillment truly means, and the future of...

Michio Kaku joins The Tim Ferriss Show to tell all about how Einstein and Flash Gordon changed his life, why time travel is possible and...

#561: Rich Roll — From Alcoholic to Ultra-Endurance Star, Rebooting Life at 40, the Trap of Lower Companions, and How to Reinvent Yourself in the New Year | The Tim Ferriss Show

Rich and Tim discuss his past struggles with alcoholism and how he became who he is...